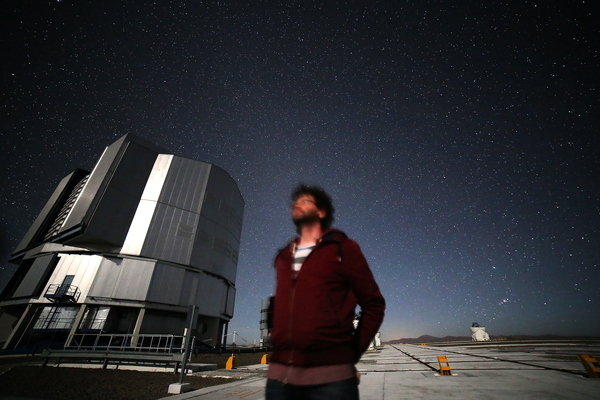 I'm Roger Wesson, an astronomer working at Cardiff University, where I investigate the dust associated with core-collapse supernovae and their progenitors. Previously I was at University College London, working in the sndust group. Before that, I spent four years in Chile, where I was a Fellow at the European Southern Observatory and spent 80 nights a year supporting operations at the Very Large Telescope, including nighttime support on UT3 (Melipal). And before ESO, I was an undergraduate, postgraduate and postdoc at UCL. These pages contain information about my research.

I'm interested in two main topics: firstly, core-collapse supernovae and the dust they produce. How much do they make, when do they make it, and what ultimately happens to it? And secondly, chemical abundances in planetary nebulae and HII regions. These objects are now believed to contain some amount of cold, hydrogen-deficient gas, which affects abundance measurements. What is the origin of this material? Can we constrain its physical conditions and determine accurately the total heavy element content of these nebulae?

My most recent 5 publications:

See the full list of 169 papers on my publications page, and where in the sky I've been looking on my sky map page

Some of the codes I've written:

See more on my codes page.

I do a lot of astrophotography when I find myself in places with dark skies, and I am an ESO photo ambassador. More details on my photography page.